NEW YORK (Variety)--Eight years after his death, prolific science-fiction author Isaac Asimov has suddenly arrived as a hot Hollywood commodity, with screen deals for his novels and short stories landing all over town. A deal dosed late last week at Warner Bros to adapt the Asimov short story "The Ugly Little Boy" into a film. The picture will be produced by Denise DiNovi and Demi Moore as a starting vehicle for Moore. In other recent deals, Fox has optioned Asimov’s most popular novel series, "Foundation," for Shekhar Kaput ("Elizabeth") to direct; Paramount is working on turning "End of Eternity" into a film that Ridley Scott ("Gladiator") will likely direct from a script. by "Total Recall" co-writer Gary Goldman; and Sony Pictures Family Entertainment is developing into an animated film series "Norby, the Mixed Up Robot," a series of 10 children’s novels that Asimov wrote with his wife Janet, who’ll act as creative consultant. Most of the deals will be worth seven-figure paydays if the films get made. Asimov wrote more than 460 works in either book or short-story form. While he wrote some nonfiction and mysteries, his speciality was sci-fi, with futuristic stories that were alien-free and high on pro-humanistic themes. His work has influenced many prominent sci-fi filmmakers, but Asimov action had been sparse. The most recent adaptation was the Robin Williams picture "Bicentennial Man." Part of the reason was that Asimov’s sole passion was his books and his family. He was hardly pushy(进取心的) about getting his works adapted, known to grant film options for as little as $50. The catalyst for the surge in screen activity is that Asimov’s estate is now represented by Crested By, a partnership created 1- 1/2 years ago by Vince Gerardis and Ralph Vicinanza, who currently handle the screen rights of about 200 major sci-fi, fantasy and horror authors.

A、the agreements between Asimov’s wife and the Hollywood producers

B、the films that will be shot on Asimov’s works

C、the producers that will shoot the films

D、the works flint will be adapted into films

2.Who encouraged the gush(涌出) in filmmaking？____

C、A corporation set up by Wince Gerardis and Ralph Vicinanza.

3.What’s Asimov’s attitude to the adaptation of his works into films？____

A、He was ardent about the adaptation.

B、He was indifferent to the adaptations.

C、He disagreed to the adaptations.

D、He was not interested in the adaptation at all. 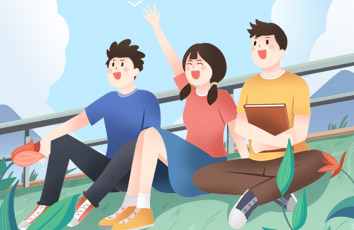 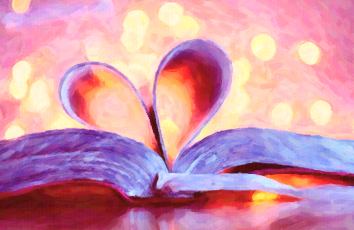 更多“NEW YORK (Variety)－－Eight year…”相关的问题
第1题
（personification) Nature constantly yields to man in New York: witness those fragile s
点击查看答案
第2题
The amount of checks debited against New York banks in October 1982 was 39.27 trillion, wh
ich was 42% of the aggregate amount of checks of all the insured banks that month.

A.it is true that life in New York is much faster than that in any other city

B.people living outside big cities are lazy and miserable

D.those who are busy are not necessarily unfriendly

点击查看答案
第4题
Read the following paragraphs to identify the sentence which is not related to its top
ic.Write the number of the unrelated sentences on the Answer Sheet.(10 points)

My name is Brandon and I began Humans of New York in the summer of 2010.I thought it would be really cool to create a catalogue of New York City’s people, so I set out to photograph 10,000 New Yorkers and put their photos on a map.(1) I worked for several months with this goal in mind.(2) But along the way, I started collecting quotes and short stories from the people I met.Taken together, these pictures and captions became the subject of a blog.(3) Blogs are popular with all age groups.(4) With over eight million followers on social media, HONY now provides a worldwide audience with daily looks into the lives of strangers in New York City.It has also become a #1 NYT bestselling book.

Learning a second language can provide a deeper understanding of a foreign culture.Social habits that may not make sense to most outsiders might start to make more sense after a few vocabulary lessons.For example, I always wondered why my Dutch cousins rarely said “you’re welcome” after I said “thank you”.(1) My cousin can speak English but sometimes makes mistakes.(2) At first, I thought he was being rude, but when I learned more about his language, I realized that they don’t use “you’re welcome” the same way we do: in response to “thank you”.(3) They actually say something that translates to “If you please” when they offer you something.(4) This is one of the first things I learned about Dutch culture when I started to learn their language and it gave me a different perspective on the roles of host and guest since in Dutch the onus to be polite is on the host, and not the guest as it seems to be in English.

点击查看答案
第5题
Do you want to buy a used car？ Oslo, Norway will soon be a good place for you. It'll
be the fist European capital to ban all cars from the city center. The plan will start no later than 2019. About 350.000 car owners will need to sell their cars.

City government around the world are already banning cars from city center for special events. Philadelphia asked residents to stop driving their cars for four days when Pope Francis visited in late September. Philadelphia residents felt more relaxed, and children were free to play in the streets.

But there are more reasons to limit cars in cities. Cars are polluting the air throughout the world. Drivers waste time looking for parking places. Residents also feel safer without cars. A 2013 study by doctors in New York City said people were more likely to be hit by a car while in a crosswalk.

Car free cities may not be a fantasy if Oslo' S experience provides a strong example. The world will be watching and seeing how it goes.

Oslo will give New York and London a road map if they want to go car free. In Norway, the plan includes at least 60 kilometer of new bike roads. They will pay more for the bus and subway, too Car free cities can happen only if the infrastructure is good there And that means more bike roads, sidewalks, buses and subways.

A.Because it’ll be the first European capital to make cars.

B.Because the people there want to buy new cars.

C.Because all cars will be banned from the city center.

D.Because car owners there don' t like driving any longer.

3. Which reason is NOT mentioned to limit cars in cities？（）

4. What' s the Chinese meaning of the underlined word "fantasy"？

5. From this article, we know car-free cities（）.

B.will appear all over the world soon

C.has along way to go

D.can’t be achieved at all

点击查看答案
第6题
In which city can you read signs like “Aparca your car aquí” or “Cuidado con los pick
pockets”？ Travel guide investigates.

There is a new language, SPANGLISH – a strange mixture of Spanish and English – which is invading the city. The New York Times recently said that it had become the city’s third official language. Its use is colloquial and often limited to short sentences and signs. Many New Yorkers now wear socketines on their feet, drop something on the carpeta, shop for grocerias and have cornfley (“cornflakes”) for breakfast.

Norma Rodríguez, a 45-year-old Cuban living in Washington Heights, says it forms a part of her life now: “Sometimes, you don’t realize that you’re mixing the two languages. You just hear them both all the time and find that you’re inventing new words.” Other people, however, are fighting against this new street language. Businessman Juan Cortés sees it as a sign that the Spanish language is being destroyed. “It’s difficult, but I try not to speak it – it feels vulgar to me.”

Meanwhile, a surprising number of academics have spoken in favour of Spanglish. José María Ruiz, from NY State University, even runs courses in Spanglish and has written a dictionary. “It is a dialogue between two languages and cultures. We have to accept that languages change and evolve. The only languages that never change are dead ones.”

2、More people are interested in studying Spanish than before.()

4、Norma Rodríguez doesn’t notice when she is speaking Spanglish.()

5、Juan Cortés doesn’t speak Spanglish because he feels stupid when he tries.()

点击查看答案
第7题
Lead deposits, which accumulated in soil and snow during the 1960's and 70's, we
re primarily the result of leaded gasoline emissions originating in the United States. In the twenty years that the Clean Air Act has mandated unleaded gas use in the United States, the lead accumulation world-wide has decreased significantly.

A study published recently in the journal Nature shows that air- borne leaded gas emissions from the United States were the leading contributor to the high concentration of lead in the snow in Greenland. The new study is a result of the continued research led by Dr. Charles Boutron, an expert on the impact of heavy metals on the environment at the National Center for Scientific Research in France. A study by Dr. Boutron published in 1991 showed that lead levels in arctic snow were declining.

In a study published in the. journal Ambio, scientists found that lead levels in soil in the North-eastern United States had decreased markedly since the introduction of unleaded gasoline.

Many scientists had believed that the lead would stay in soil and snow for a longer period.

The authors of the Ambio study examined samples of the upper layers of soil taken from the same sites of 30 forest floors in New England, New York and Pennsylvania in 1980 and in 1990.

The forest environment processed and redistributed the lead faster than the scientists had expected.

Scientists say both studies demonstrate that certain parts of the ecosystem respond rapidly to reductions in atmospheric pollution, but that these findings should not be used as a license to pollute.

1. Lead accumulation worldwide decreased significantly after the use of unleaded gas in the US .

2. It can be inferred from the last paragraph that scientists .

A、are puzzled by the mystery of forest pollution

B、feel relieved by the use of unleaded gasoline

听力原文： The Tokyo stock market responded calmly yesterday to the collapse of two Japanese financial institutions, with prices finishing higher on strength in high-tech issues. The US dollar fell back against the Japanese yen.

The dollar started higher in Tokyo amid concern about the collapse of the nation's largest credit union and Hyogo Bank, a regional bank based in Kobe. It reached 99.40 yen at one point, its highest level since 99.45 yen on February 8.

At late afternoon, the dollar was traded at 97.46 yen, down 1.32 yen from late Wednesday in Tokyo and also sharply below its overnight New York level of 99.01 yen. The US currency ranged in Tokyo between 96.82 yen and 99.40 yen. Meanwhile, share price rose as higher future prices and rising high-tech issues supported the whole market. Export-related high-tech stocks have gained significantly, supported by the stronger dollar.

21. How did the Tokyo stock market respond to the collapse of two Japanese financial institutions？

22.What was the price of the dollar against Japanese yen at late afternoon？

23.What kind of stocks has risen in the Tokyo stock market？